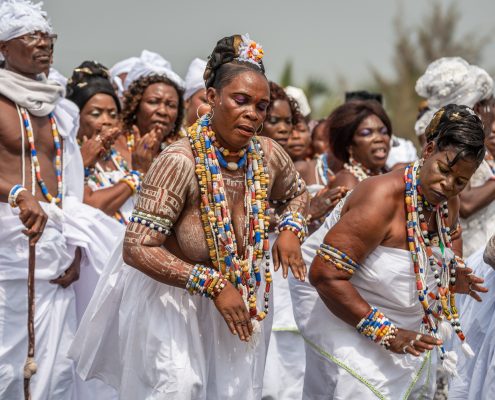 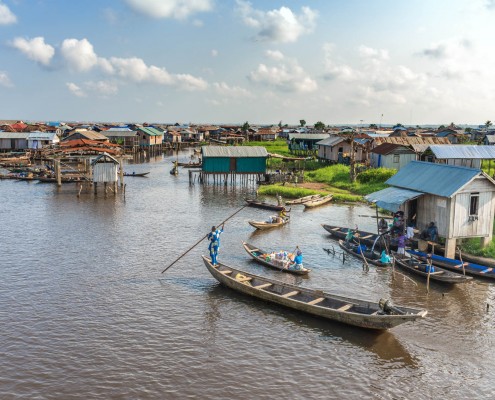 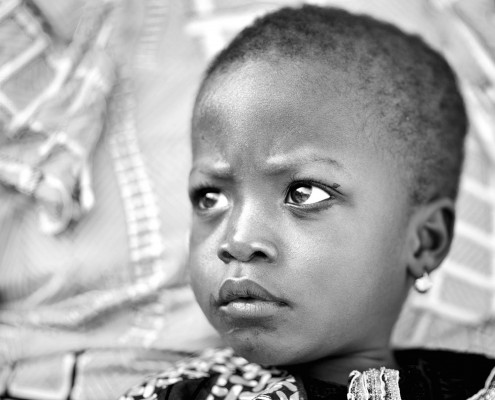 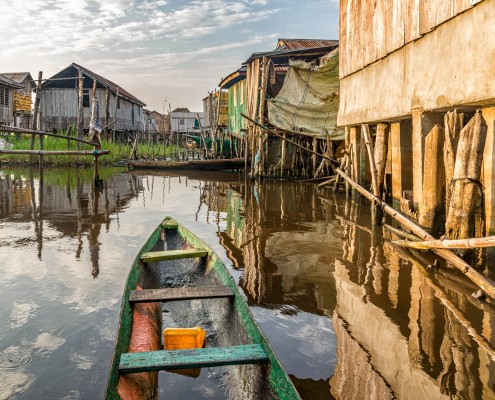 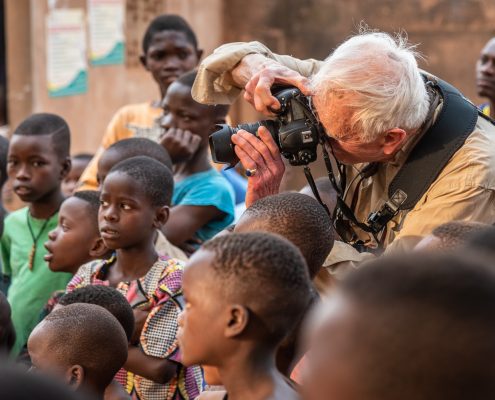 07th January – Cotonou
Arrival in Cotonou and transfer to the hotel (4*, comfortable with aircon). Welcome dinner, introduction and presentation.

08th January – The stilt village Ganvie & Ouidah – first encounter with the Vodoun culture
Crossing the lake Nokwe from Cotonou we reach Ganvie, the most beautiful African stilt village. The 25,000 inhabitants build their huts on teak stilts and have managed to preserve their ancient traditions and the environment despite the long-lasting human presence. It is amazing to watch how men, women and even little children guide their traditional canoes with ease. In the afternoon drive to Ouidah, once a slave port and considered the capital town of the African Vodoun religion. During a guided tour we visit the Python temple, the fort, the “slave road” and the point of “no return” where slaves had to board ships. The day ends with the visit of the sacred forest, with the enormous trees and thousands of fruit bats. In the evening we drive to Grand Popo, a cosy fishermen’s village where we are accommodated for the next 3 nights in a simple but beautiful 3* hotel near to the beach.

9th January. Vodoun religion, the Mono river, fishing village
Tour in small motorboat along the Mono river to discover tiny villages where ancient practices of salt extraction are still in use. We cross lagoons with mangrove forests and reach the estuary, where the waters of the river and the ocean meet. Along the coast fishermen live in villages built of palm branches. In the afternoon we visit the performance of the Zangbeto secret mask society. Zangbeto is a large mask, covered with colored straw and represents non-human spirits, the forces of nature and the night who have inhabited the Earth long before the humankind. In the evening we can assist to the release of baby turtles into the sea.

10th January: Voodoo Festival, Gran Popo, Ouidah and surroundings
The 10th of January in Benin is a national celebration day honouring traditional religion and all cults associated with it. The entire day is dedicated to attend the colorful festival of Vodoun (voodoo-festival). All along the coast of Benin and Togo, Vodoun religion gathers a lot of adepts. Passed down by the ancestors, it is still practiced with fervor today. The religious experience is much richer and more complex than westerners imagine and should not be mistaken for a form of black magic. To millions both here and abroad Voodoo represents a (positive) religion that gives meaning and order to their lives. As per the program of festivities (which changes and is flexible), we will choose the best sites – the festival takes place in the entire region around Gran Popo and Ouidah. Have your cameras ready with long and wide lenses to take amazing shots!

11th January. Unesco World heritage site of Abomey. Gelede & Egungun masks dance.
We move to Abomey where we visit the Royal Palace. The walls of the palace are decorated with bas-reliefs representing symbols of the ancient Dahomey kings. A Kingdom whose economy was for a long time based on slave trade. In the afternoon, we attend the two performances of dancing masks. The Gelede mask dance is celebrated by the whole community to promote fertility of both the people and the soil. The masks are brightly painted and move like puppets. The delighted crowds laugh and clap their hands as they watch in appreciation. The Egungun is a very impressive and powerful mask, being the reincarnation of deceased people. They are known and feared for their aggressiveness and their unpredictable way of moving around. Overnight in simple hotel near Abomey with fan.

12th January. Shrines and fetish hills
Our first stop, Dassa, was the capital of an ancient kingdom. We will visit some remains of this long-lasting dynasty. We will see also the legendary wooden horse, given by Portuguese merchants in 1903 to the chief who was complaining that four of his horses had died from a mysterious disease. We will walk up the Royal hill, which is the burial site of members of the royal family, a site “protected” by many statues and the remains of recent rituals. Later we stop at the Dankoli Fetish, considered to be one of the most powerful spiritual fetishes in West Africa. Thousands of little sticks are pushed in the fetish to testify the countless prayers for a good harvest, a happy wedding, an easy delivery, success at school etc. Once the prayers are answered, people come back to sacrifice what they had promised – a goat, a chicken or a cow. Traces of blood, palm alcohol or oil on the fetish are proof that many prayers have been answered. Overnight in an Eco-Lodge near Taneka with fan.

13th January: Taneka & Fulani Villages, from Copargo to Boukoumbè
Very early start to explore the old Taneka villages, located on a mountain range. The villages are made up of round adobe huts covered with a conical roof protected by a terra cotta pot. The upper part of the village is inhabited by the young initiated and by the fetish priests who only cover themselves with a skin and always carry a long pipe. This ethnic group has been living on an archaeological site for centuries, in fact it looks as if the first inhabitants moved to the mountain during the IXth century. On the way to Boukoumbè, where we will stay 2 nights in a very simple but authentic accommodation, we might have the chance to visit a camp of Fulani people, a nomadic ethnic group.

14th January Boukoumbè, the fortified villages, Tata Somba
Full day to explore the surroundings of Boukoumbè. We are in the land of the Somba that live in fortified dwellings. Similar in form to medieval castles, they are beautiful examples of ancient African architecture. Their style impressed Le Courboisier, who talked about « sculptural architecture». Their strong traditional beliefs are proved by the presence of big shrines in phallic shape at the entrance of the houses. With the permission granted us by the inhabitants we will enter their homes so we can better understand their way of life. Their houses are a reflecting their cosmology. The whole family, food and animals are kept in the house in case of attack of enemies. Tamberma share this mountain with other groups: and we see ethnic groups having slightly the same style of life, although each group is proud of its origins and traditions.

15th January Togo: Unesco Site Koutammakou & Fire Dance
Today we enter Togo. After crossing the border, we will remain in the land of Tamberma, Koutammakou where we can admire other fortified mud dwellings. Koutammakou is a cultural landscape designated in 2004 as a UNESCO World Heritage Site in northern Togo. The traditional mud houses are known as a national symbol of Togo. Many of them have two floors and some of them have a flat roof. We drive to Sokodè where in the evening the very impressive fire dance awaits us. In the centre of the village a large fire lights up the faces of the participants, who dance to the hypnotic beat of the drums eventually leaping into the glowing embers. They pick up burning coals and pass them over their bodies and even put them in their mouths without injuring themselves or showing any sign of pain… 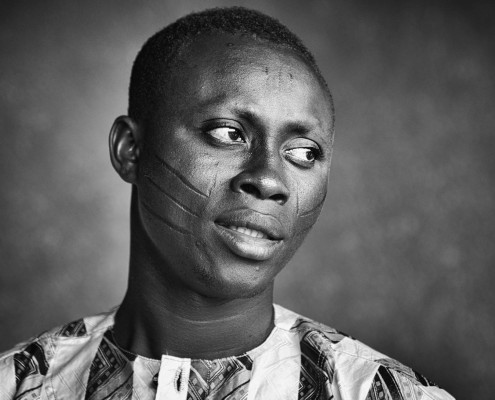 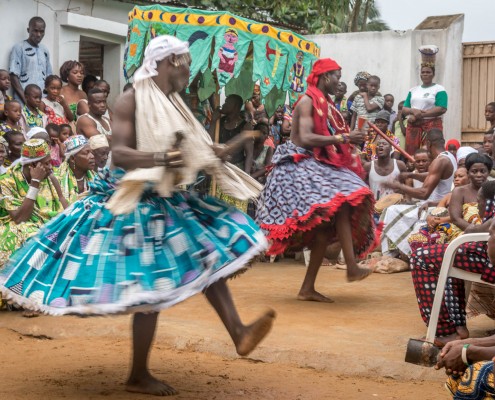 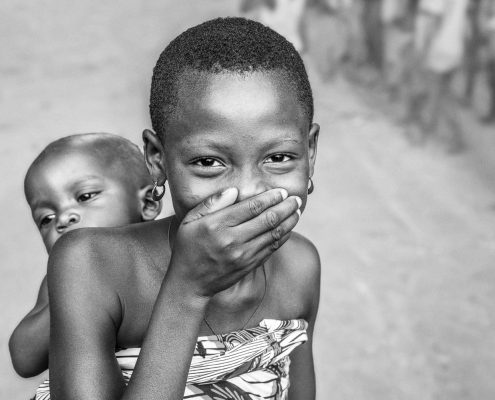 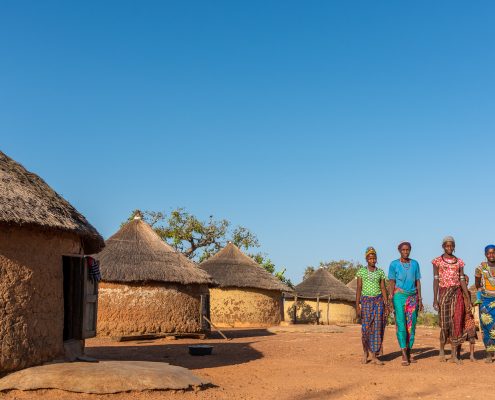 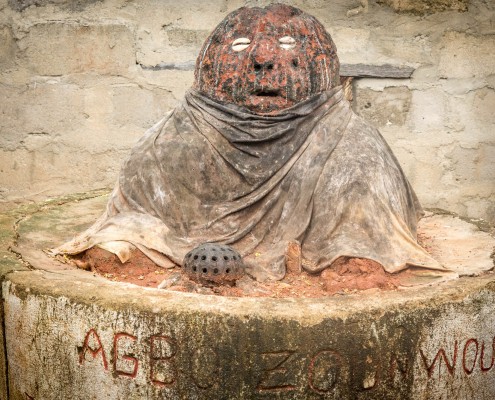 16th January: from Sokodè to Lome
Lomé, the vibrant capital of Togo, is the only African city which was a colony of the Germans, the British and the French. It is also one of the few capitals in the world bordering with another nation. These elements have led to the development of a unique identity reflected in the life style of its inhabitants and in the architecture of the town: Lomé is indeed a cross point for people, trade and cultures, a cosmopolitan city in small size. We will visit: the central market with its famous “Nana Benz”, women who control the market of the expensive “pagne” (=cloths) coming from Europe and sold all over West Africa; the colonial buildings in the administrative quarter where the flavor of colonial time is still very present; and the fetish market where we can find an eclectic assortment of all the necessary ingredients for love potions and magical concoctions. Lomé with its many galleries is an important trade center for tribal art, a real interesting place with shops for antiques, craftworks, art galleries with contemporary paintings from the “Togolese school” (which start to be quite popular in French and North-American galleries).

17th January: Animism, Lome region
All along the coast of Togo and Benin, voodoo is a religion that has been passed on by the ancestors and is still fervently practiced. Although for many Europeans voodoo is only a vulgar form of black magic, in truth voodoo is a true religion, far richer and more complex than people often think. In a remote hidden village we will join a Voodoo ceremony: the frenetic rhythm of the drums and chants of the adepts help calling in the voodoo spirit who then takes possession of some of the dancers. They fall into a deep trance: eyes rolling back, grimaces, convulsions, insensitivity to fire or pain. Sakpata, Heviesso, Mami Water are only a few of the voodoos divinities who can show up. In this village, surrounded by the magic atmosphere of the ceremony, we will finally understand what people mean when they say: “In your Churches you pray God; in our voodoo shrine we become God!” In another village, we will visit a healer, another special encounter with a person who “deals with” complex issues by giving solutions based on a very “simple” vision of human life. Their anthropology systematically associates material and spiritual worlds and therefore a physical disease is always treated assessing the patient’s spirit. The healer we visit cures his patients through the use of plants and the performance of sacrifices on the various shrines in his courtyard. We will have the opportunity to have a conversation with him and meet some of his patients. In the evening transfer to the airport 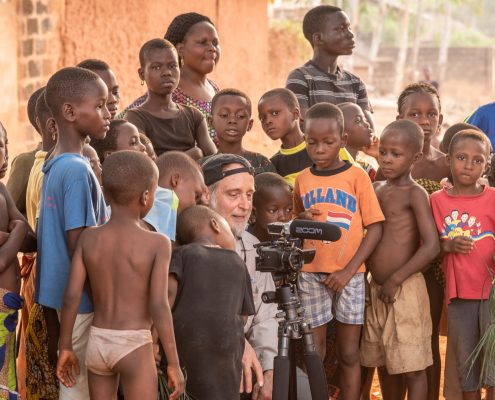 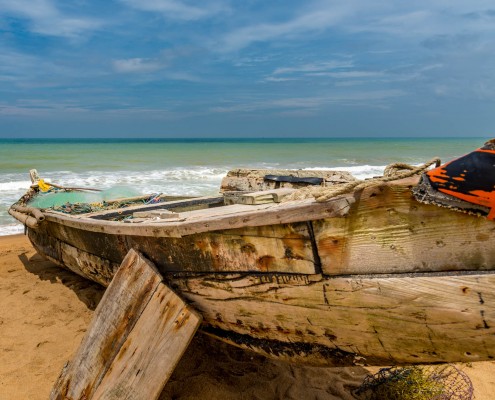 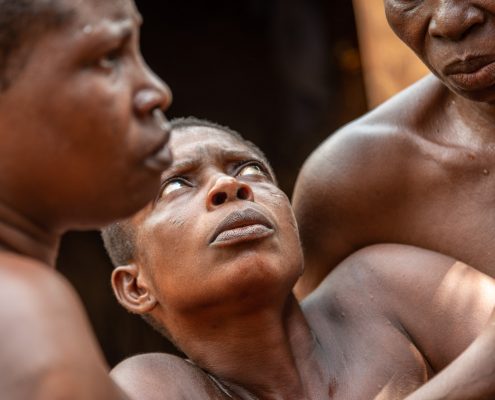 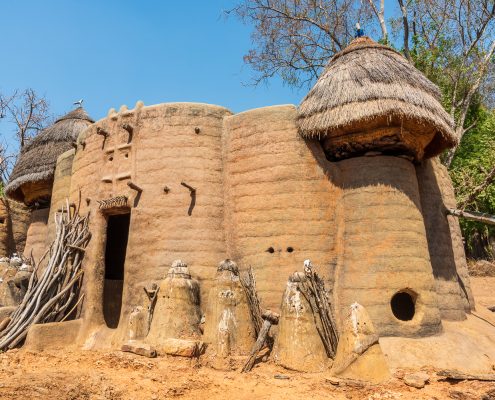 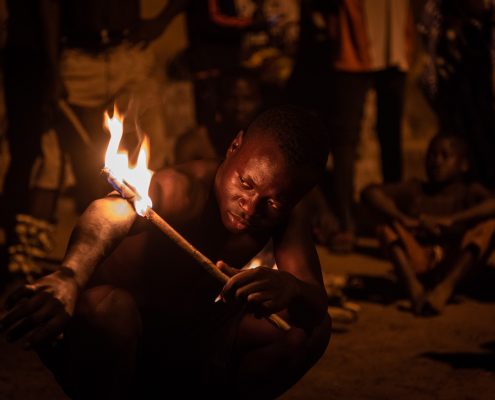 INCLUDES:
Professional travel photographer. Expert local guides and drivers for all activities. Accommodation on a dbl shared basis in standard rooms in 3* hotels (local standard, some places with A/C, some with fan). Halfboard (continental breakfast and dinner). Tours and visits as per the program. Mineral water in the bus/car. Entrance fees to parks, concessions, protected areas and cultural sites. First Aid box. All service charges and taxes. Pass for voodoo festival

EXCLUDES:
Any flights and airport taxes. Visa fees. Items of a personal nature. Lunches. Drinks, entrance fees, porterage. Tours/excursions and transfers not specified above. Cancellation, baggage and medical insurance (compulsory!). Personal photographic permissions. Any new government taxes, levies, fuel or industry increases which are beyond our control. Tips. Every other thing not mentioned under “included services”.

book or request now
for more photos visit the gallery!